Yes you read that right! For the first time since 2016, big time NCAA football will be played in Ireland’s capital city. It was announced today  that Notre Dame will face off against their longest standing rivals Navy in the Aviva Stadium on August 29th 2020!

This will be the first of 5 College Football games taking place in Dublin between 2020 and 2024. 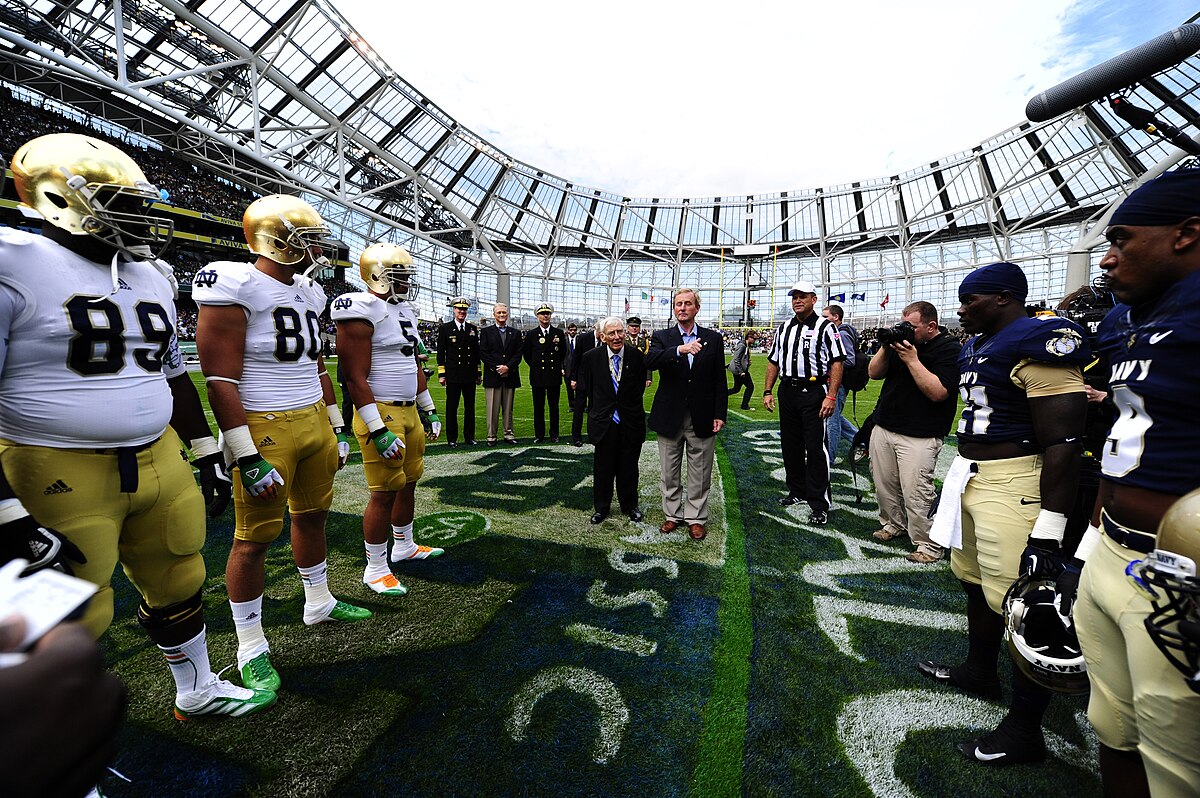 Notre Dame last played in Dublin in 2012 in the Emerald Isle Classic, and on that occasion they absolutely dominated Navy. The final score was 50-10 to the Irish. Over 35,000 Americans travelled to Ireland for this rivalry game, generating approximately €60 billion for the Irish economy.

For many Irish people that game was their first taste of live American Football, and inspired two further games to be played here; Penn State and UCF in 2014 followed by Georgia and Boston College in 2016.

Notre Dame are a perennial contender for the National Championship and their 2020 season opener in Dublin is guaranteed to be an explosive affair. We will have updates on tickets and pre game festivities closer to the game (so in like a year)