Not such a Classic: No College Ball for Ireland in 2018

In recent years, American football fans in Ireland have grown accustomed to hosting college football games on our shores. Since 2012, there have been 3 high profile regular season tilts held in Dublin. In 2012, the Notre Dame Fightin’ Irish spanked Navy in the Aviva stadium in front of an adoring crowd in the Aviva stadium. Despite technically being the away team in that instance, Notre Dame very much felt like the home side and the reception of the few Irish people who actually managed to obtain tickets was hugely positive.  2014’s matchup between Penn State and UCF was a much closer affair, with Penn State needing a last second field goal to claim the Croke Park Classic Trophy.  And then in 2016, a damp crowd in the Aviva watched as Georgia Tech slipped and slid to a lack lustre victory over a dispirited Boston College side. 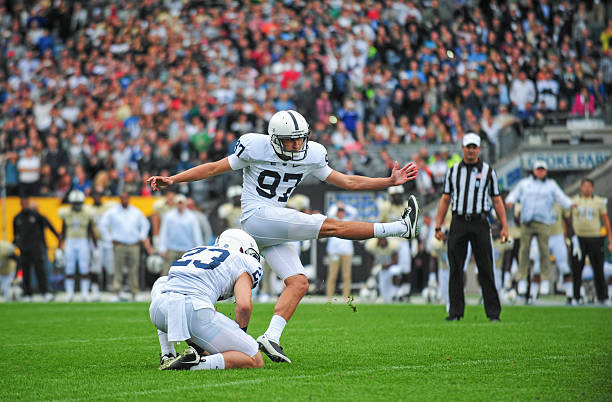 With the pattern of a game every 2 years firmly established, we eagerly awaited the announcement for 2018’s permutation of an “Irish College Football Classic. Alas, no such announcement ever came. And now with the 2018 college football season almost in full swing, it seems increasingly unlikely that Irish soil will see a game this year.  But given the success of past games, both commercially tourism wise and in boosting the profile of college football here, you have to wonder why?

In the run up to the 2016 edition, a rumour began that the game was in jeopardy. How come? The governing body for Irish American Football were allegedly refusing to sanction, or sign off, on the game taking place. The word was that the Irish league wanted recognition from the organisers and would not give their blessing for the game to go ahead unless they were acknowledged (and probably paid a slice of the revenue.) The fact that such a relatively small organisation had the potential to threaten a multi-million euro venture may have seemed laughable at the time, but those events likely left a sour taste. Why go to all the trouble of bringing sporting powerhouses all the way across the Atlantic to have it ruined over such a silly and petty row? It’s now highly likely that potential organisers will be put off simply because they don’t want the hassle.

Flies in the football ointment aside, college football programs have to make considerable sacrifices to come all the way to Ireland to play. The more canny fans will have copped that the home team is always the smaller of the two programs squaring off. Notre Dame or Penn State would never give up a home game to play on the other side of the pond, simply because it’s not worth it. Schools like these make billions off TV rights. In fact, the money that TV networks pay these programmes to exclusively air their football games is typically most of their income for the year, along with ticket sales.  Big time teams simply cannot afford to sacrifice a home game for something that to them is little more than a holiday.

While we will never know for sure why the NCAA didn’t return to Eire in 2018, an educated guess would point to a number of internal and external factors such as the ones alluded to above.  All we can do as fans is hope that someday we will once again see College Football played in our capital, and that this time we won’t screw it up.