In just 3 weeks time, the top College Football prospects will gather in Arlington Texas for what will be a defining moment in their prospective professional careers. Mock Drafts and speculation have been rife for weeks in the build up to draft day. And while some of this years prospects are expected to be instant successes in the pro football league, there are simply no guarantees and no way of knowing.  Out of the top 10 players available in this year’s draft there is going to be at least one in the category of ‘boom’ and another that is firmly designated as a ‘bust’.

There have been quite a few notable draft busts in recent years. For the unitiated, a draft bust is a college player who had an outstanding college career but subsequesntly struggled and eventually burned out once hitting the pro ranks.  In the past ten years, big names such as Robert Griffin, Trent Richardson and Justin Blackmon (remember him?) have all tried their hand at professional football. All have since fallen by the wayside.

For me, the two biggest busts in Draft history come at the QB position. Can anyone guess who? That’s right. Johnny Manziel ( I know I keep picking on you buddy, I’m sorry)  and Ryan Leaf.  In many ways, the path taken by Ryan leaf foreshadowed the fate of Johnny Manziel. A hotshot college Quarterback who suffered with many issues, mainly of the substance variety.  Both contended for the Heisman. Both came out of college highly recruited only to succumb to the pressures of professional football. In fact, Ryan Leaf is still ranked as the “Number 1 Draft Bust in NFL History”.

Manziel seems to have cleaned up his act and is on the slow road back to redemption. But even if he does stop drinking and the party lifestyle,  is his skill set enough to compete at the upper level?

On the flip side of the “bust” comes the “boom!” and this years boom player in the draft is none other than Saquon Barkley out of Penn State.  Barkley can run the ball hard, catch like a receiver and even return kicks. He’s a true threat in all three phases. He deserves to be drafted before any Quarterback in this class. But this is the NFL and it’s a Quarterback market.  Barkley reminds me a lot of Fournette, a powerful runner and another recent “draft boom”. 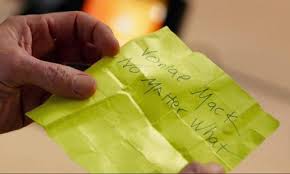 No matter who go’s first overall, in the second round or even as the infamous “Mr Irrelevant” the 2018 Draft Class has a tonne of potential. We can’t wait to see Mayfield, Barkley and Co take the field in September, no matter where they land.